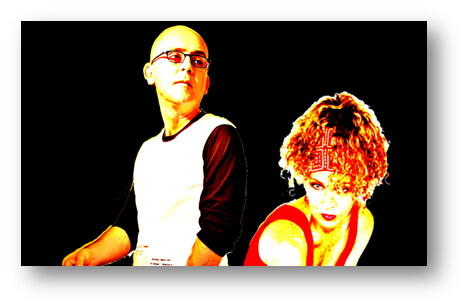 Hailing from Venezuela and Jamaica respectively, flautist, reedits, composer and producer Jorge Guzman and vocalist, songwriter and flutist Stephanie Mair, combine their vibrant talents to create the singular poly-ethnic sound. Guzman, visionary leader, is one of South Americas' premier flute players. Aside from performing, however his musical experiences encompass diverse fields such as composing in a variety of genres, producing records as well as events and all aspects of sound engineering. Stephanie Mair, the soulful voice is an energetic and captivating performer, singer as well as a prolific songwriter. Several means of artistic expression braced the fascinating personality of Mair since her childhood. Guzman and Mair started working on a sound that would reflect their respective ethnicities, as well as their passion for synthesizers and samplers, without hesitating to integrate the primitive with the futuristic. Guzman and Mair has played Jazz Festivals from Montreux, Switzerland, Locarno, Venezuelan Jazz Festival as well as so many other Festivals and Special Events.