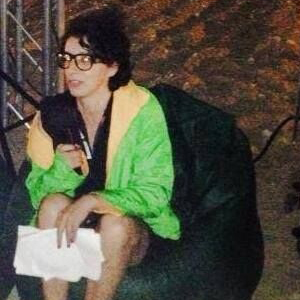 Ana B. is also a Phd candidate in Film Studies at the University of Lisbon and she has published widely about film and art. She has been participating in international conferences as well. She has been developing a solo work and as a co-director with Nuno M. Pereira (“Continuum” and “The Kingdom”). They have been working together since 2011. Their films have been awarded internationally 3 times (Ana B. as a solo artist: in New York in 2009 and in Sarajevo in 2013 and together with Nuno M. Pereira in Slovenia in 2014).

Proposal Summary: This film was shot in The Monastery of Batalha, a world heritage site that is a wonderful piece of architecture, still unfinished and an inspirational locus for filming as a reflection of moving images. The film happens in the threshold between the material and the intangible as it asks for the viewer's unique perception and emotional engagement with what is (not) happening in the narrative.