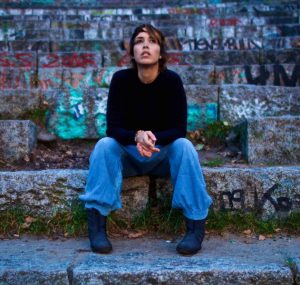 Carla Forte is a film director, scriptwriter, and performer. Forte is the founder and Director of Film Department of Bistoury Physical Theatre and Film. Selected as a Berlinale Talent 2017, Carla has directed internationally featured Video-Art works such as “Interrupta”, Official Selection at 27th Festival Les Instants Vidéo 2014.

“Staring at the Ceiling” by Carla Forte for the #MNMF2018

The artist proposes a video art where “The ceiling stares at you and you do not stare back, and you leave it all alone, without sky, staring at its palindrome – which is the floor.”

As part of the Curatorial Program #3, “Starting at the ceiling“, by Carla Forte will be at the following venues: