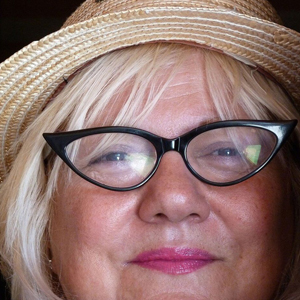 Magali Berenguer Moati born in Paris. She worked for ten years as a graphic journalist in the newspaper Pueblo de Madrid and for the next ten years he works in the Press Office of the Ministry of Culture. Three years in the National Library of Madrid in graphic documentation. She is currently working in the Press Office of the Ministry of Culture. During all this time she published several collaborations in the press: El País, Agencia Efe, France Press, etc. Head of the press at the Congress of the Three Cultures, in the city of Toledo, ledby Professor Aviva Doron. Responsible for the press campaign of the Marugame Hirai Museum in Japan. In theyear 2006 curator of the exhibition Vicente Blasco Ibáñez. A Spanish novelist for the world, at the Cultural Center of Spain in Santo Domingo, Dominican Republic. Documentalist. He is currently working on two projects, a documentary on the Dominican presence in Madrid commissioned by television in the Dominican Republic, and a documentary on the sculptural project of Gonzalo Sánchez Mendizábal and itsrealization. Video artist, first prize in the documentary festival Storico Archeologico Amatoriale of Perugia.

Proposal Summary: THE CAVE OF PLATO Images inspired by the myth, which tells that chained in the bottom of a cave men only know the distorted shadows that the outside reality projects on the wall. One of them manages to escape and discovers the truth, but when he returns to the interior to warn and free his comrades, they do not believe him and threaten him.